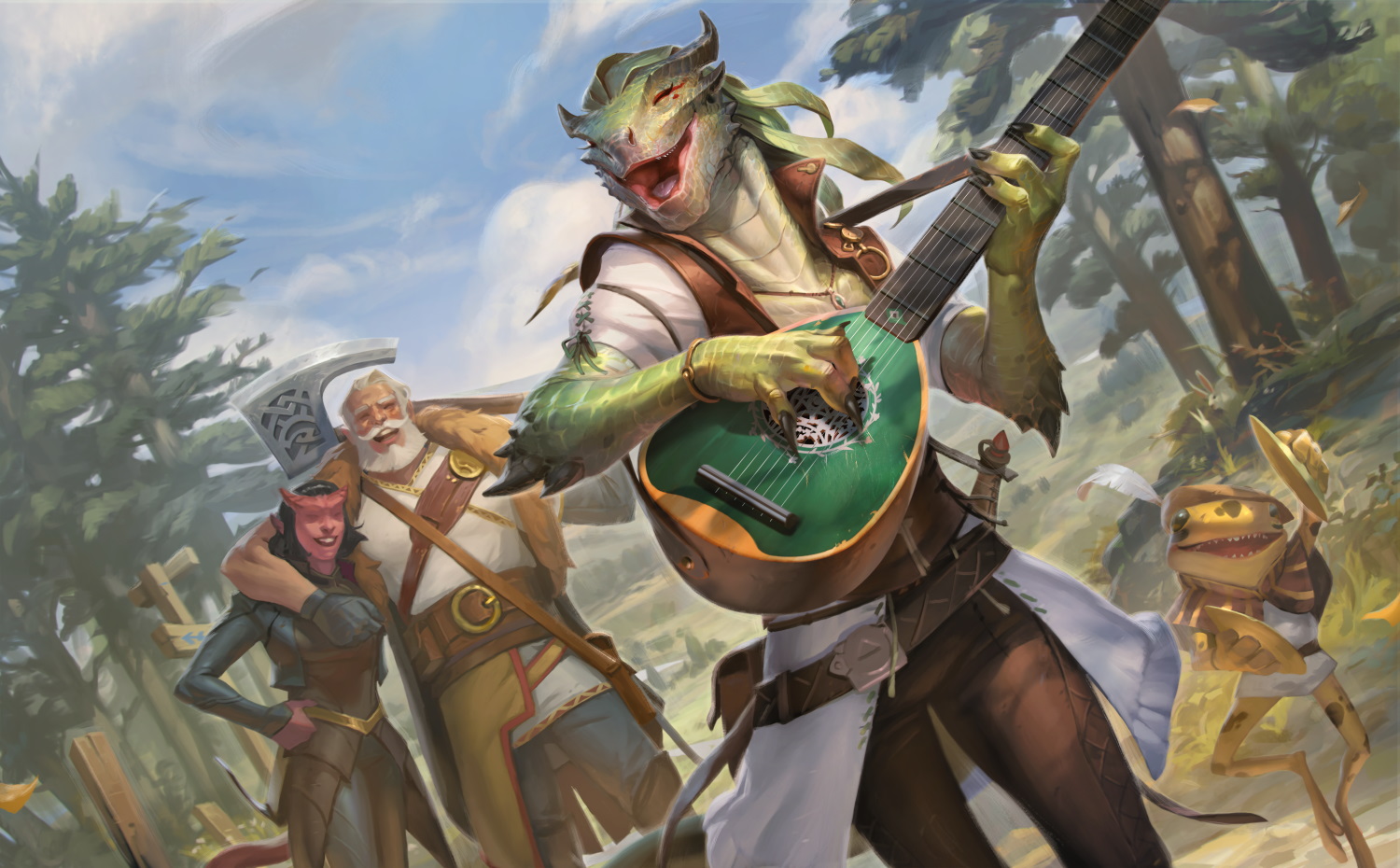 Wizards of the Coast’s new book, Mordenkainen Presents: Monsters of the Multiverse, includes a new trend from official products that races do not have specific bonuses on ability scores. At first I thought that would make choosing a race an entirely aesthetic decision, but it doesn’t. Monsters of the Multiverse contains more than 30 races that do not give a specific skill bonus, but do have several features that make them very interesting.

This is a list of my 10 favorite breeds from this book. Although they are in order of 10 to 1, this list is just my favorites, they are not necessarily the most powerful.

Art property of Wizards of the Coast

The Shifter is just cool. You are a descendant of a lycanthrope and have some of their abilities. Shifting can be used a number of times equal to your proficiency bonus, and it gives you a benefit that you choose when you choose the race. Of the four options, my favorite is Swiftstride, which lets you move 10 feet when someone approaches you without provoking an attack of opportunity. I like that kind of features because of my strategic combat style of play.

I love orcs and whenever I get the chance I play with orcs. Other than that, there’s not that many reasons to put them on this list, Adrenaline Rush is good, but not as good as other races’ abilities that do similar things but don’t provoke attacks of opportunity, Adrenaline Rush does provoke attacks of opportunity. Relentless Endurance is good, and Darkvision is always appreciated.

The first thing that strikes you about this race is its size, this creature is medium despite being half horse and half human. However, its speed is 40 feet, which I love, especially for my very tactical grid combat style of play. Having 10 extra feet of movement each turn is great. If you add to that its Charge, which allows it to make a hooves attack as a bonus action after moving 30 feet or more in a straight line, it’s one of my new favorite races to play warrior characters.

Maybe just because I like the idea of ​​having a samurai rabbit or something, but this is one of my new favorite races. Its Rabbit Hop allows it to disengage from melee and better position itself strategically in combat. All its other features seem very good to me too, bonuses in initiative, perception proficiency, and adding a d4 to its dexterity saving throws.

The Shadar-Kai is the coolest looking race in this book. Its appearance is a mix of elf with vampire. In addition to the usual elf features, such as darkvision, advantage against charm, and trance, the Shadar-Kai has an ability called Blessing of the Raven Queen, which allows it to teleport 30 feet. This teleportation is a bonus action and it can be used a number of times equal to its proficiency bonus between long rests. Also, when after reaching 3rd level, this teleportation also grants it resistance to all damage for one turn. But best of all, when you teleport you look translucent like a ghost and that’s really cool.

This is my favorite race for spell casters. It lets you forget about having high dexterity, it just gives you 17 armor class unmodified by dexterity, but lets you add your shield to it if you use one. You can hold your breath for 1 hour and you have proficiency in one of several skills to choose from, one of them is perception, which is possibly the most important skill in the game.

Its Shell Defense can come in handy in some situations.

An old acquaintance, the Bugbear is one of the first monsters I faced when I started playing 2nd Edition AD&D and I have used it as a race in previous editions. But I think this is the best version of a playable race there has ever been, it’s much better than their statblock in the Monster Manual. It retains its Darkvision and Surprise Attack, but loses the Brute feature. However it has advantage against Charm effects, an extra 5 feet reach in combat, more carrying capacity, and an ability to get through smaller spaces without disadvantages, which makes it one of the best races in this book.

Reptilian races are quite popular in my playgroup, mostly because they are associated with dragons somehow. The playable race of Lizardfolk from Monsters of the Multiverse is much better than the Monster Manual version. The only abilities it has on its statblock are hold breath and their natural armor, and it keeps them here. But it adds Hungry Jaws, which is a kind of vampiric bite that regain life equal to your proficiency bonus. It also has a normal bite attack and also gain a skill proficiency.

Oh, I forgot, it also has swimming speed.

Not only is the Yuan-Ti one of the coolest monsters ever in D&D, it’s also now one of the best playable races in 5th edition. Its magic resistance is already enough for me to consider it one of the best races, but it also gains a few of spells while it levels up. It has resistance to poison. Oh, and darkvision, let’s remember that not all races have Darkvision.

Another race with Darkvision is the Kobold. But its Draconic Cry ability seems to me to be one of the best out there (after Magic Resistance, of course). For one round, all of your allies have advantage against enemies within 10 feet of you who can hear your scream. Not in one attack, but every attack that they make that turn. You can use this feature a number of times equal to your proficiency bonus between long rests, that can easily turn an important and difficult battle into a picnic.

This kobold doesn’t have Pack Tactics, but remember, it doesn’t have Sunlight Sensitivity either, so it doesn’t really need that as a way to balance a racial disadvantage.

You also choose a Kobold Legacy. From those my favorite is the Draconic Sorcery which gives you a cantrip from the list of sorcerer cantrips.

Art property of Wizards of the Coast

What about Kenku personally my favorite.