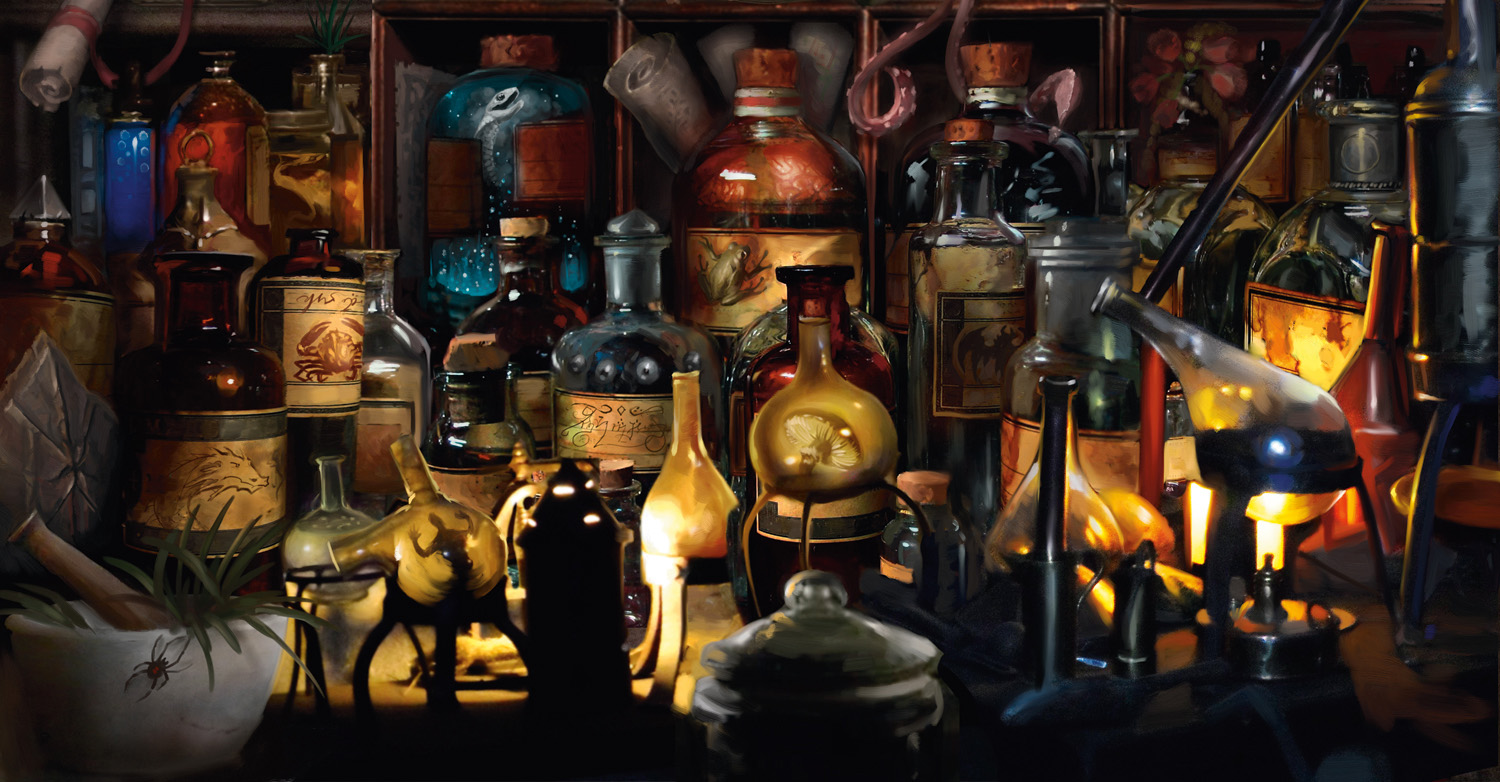 Most of the magic items from past editions of Dungeons & Dragons, especially the more iconic ones, have been converted to the 5e system by Wizards of the Coast in the core books. But some of them who used to see recurring play in my campaigns don’t appear in the official books.

Today I share with you some of my conversions of magic items that we used in 3.5 that I have converted to 5e to use in my own campaigns, along with short introduction for each one.

This bracelet allows you to teleport one of your party mates in an emergency. Although it is not a legendary item, there is almost always only one per campaign and the item can only be used four times (maximum). Of course this is useful for solving serious problems, but with a limit. I honestly don’t understand why it doesn’t exist in 5e, or maybe it does exists with another name and another form? It seems to me one of the most useful and important items for low and medium levels.

And of course, the bracelet can be found with less than four charges.

This silver charm bracelet has four charms upon it when created.

As an action you can designate one humanoid creature you know to be keyed to one charm. This designation last until you take an action to change it or or dismiss it.

As an action you can grasp a charm and speak the name of the humanoid keyed to that charm. The target knows you are the one using this feature. If willing, the target will be instantly teleported to an empty space you can see within 30 feet from you, as long as both of you are in the same plane. Once the bracelet is used this way the charm is spent and disappears. Once the last charm is spent, the bracelet crumbles into ashes and is destroyed.

I’ve mentioned before that in our gaming group we love Dungeons & Dragons’ battles. That’s why we like to prepare our characters in the best way, and one of our favorite magical items has always been the Amulet of Natural Armor. Maybe it’s because the armor class works slightly differently in 5e that they didn’t make this magic item. However, I turned this item into something very similar to Barkskin. It’s not an identical conversion from 3.5e, but converting it directly would be too powerful.

This is one of those magical items that sounds funny the first time you read it. It is a simple bottle that contains air, and players can pass to each other to breathe from it. The magical thing about it is that the air never runs out. And since characters in D&D can hold their breath for quite a while, it’s useful in a number of situations.

Above all, maybe it will be useful in our future campaign in Spelljammer.

This item appears to be a normal glass bottle with a cork. When taken to any airless environment it retains air within it at all times, continually renewing its contents.

As an action you can draw air out of the bottle to breathe. Then you can act normally for as long as you can hold your breath.

With this magical item, players can prevent spells that require verbal components from being cast. Used strategically it can be very powerful.

This is another magical item that if converted directly would be too powerful for 5e. So I just bumped it up a rarity level and made it a little less powerful. I made the difficulty to cast a spell static, because in 5e the spell’s level has nothing to do with the concentration check and because the DCs vary less than in 3.5e.

As an action you can struck this instrument. Its resonant tone lasts for one minute.

While the chime is resonating, no spell requiring a verbal component can be cast within a 30-foot radius of it unless the caster succeeds on a DC 15 Concentration check.

After using this instrument you can’t use it again for an hour.

This is one of my favorites personally. With this magical item you can temporarily transport yourself to the Border Ethereal plane with all the consequences that this causes. It basically allows you to cast the Etherealness spell but with a very limited duration per day.

This cloak has 10 charges and it regains all expended charges daily at dawn.

This silvery-gray cloak seems to absorb light rather than be illuminated by it . While wearing this cloak, as a bonus action you expend any number of charges to become ethereal as effected by he Etherealness spell. This effect last for 1 minute per charge expended.

Art on top of the post is property of Wizard of the Coast. 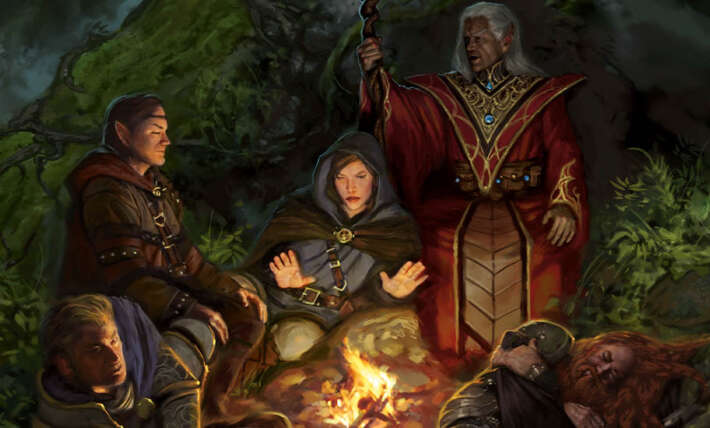 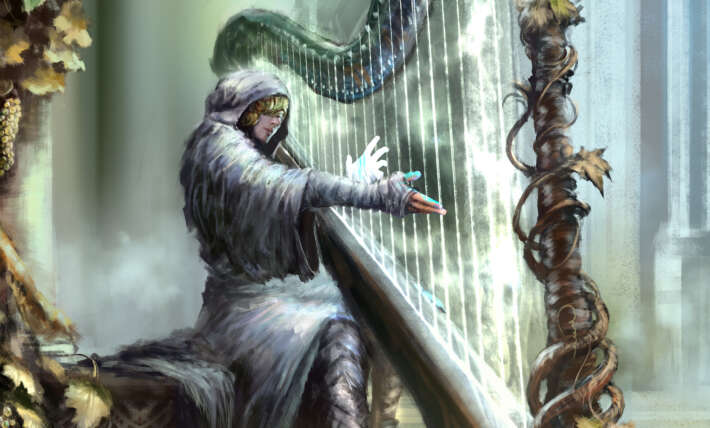 Variations could be the bottle of helium (useful for settings with flying ships with balloons for lift).

For the chime, strike is the present tense (‘You can strike….’) whereas struck is the past tense.