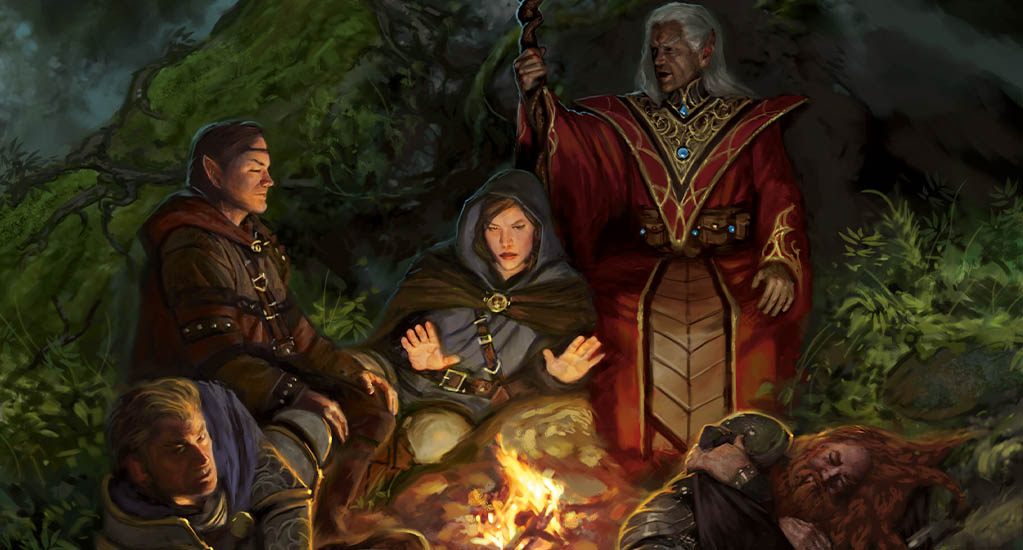 A new Unearthed Arcana titled Heroes of Krynn was released last week. The main content of this document seems to be a new race and a new subclass. However, what struck me and my playtest group the most is that Knights of Solamnia are just background, starts as squire, and to gain further titles you need to take feats at higher levels.

It makes us think that this background could become a kind of second sub class. But I wonder how relevant those abilities will become in the game and how much they can change your character. That’s why we’ll start playtesting that document very soon. However we will do a lot of homebrewing based on versions of the AD&D 2nd Edition dragon lance campaign settings, just for fun. Playing that way is pretty normal for our gaming group.

Our type of games

Ever since we were young and started getting access to different campaign settings, we never played a particular world the way it was written in the books. Instead, we always took what we found interesting, fun, or just plain powerful in terms of rules. Although the latter always resulted in the DM banning some races, feats, or books altogether.

When I started reading online about the way other people played the game, I was surprised that most seemed to have played official adventures, in official campaign settings. In the small town in Mexico where we grew up, almost no one plays D&D, even now that it is very popular, the hobby is still almost unknown. Therefore, we almost never had outside influence on our way of playing.

That is why I would like to describe how our campaigns are composed, broadly speaking:

Finally, almost always our campaigns include something that is outside the rules, which is required because it serves the narrative of the campaign world that the DM has just created. Many times that is the change for which we remember each campaign.

These are a few examples of actual campaigns we’ve played:

These big changes are usually a way to adapt the rules of D&D to whatever stories we imagine, which are often based on books or comics we read, or even movies or series we watch.

Right now, we’re trying the opposite. We’re playing a Curse of Strahd campaign, and while we’re testing a few new things on it (for products we’re releasing and will release in the future), it’s mostly as written in the book.

But honestly, I still prefer custom campaigns, created by ourselves with parts from other worlds and various official products.

The importance of Dragonlance for us

Dragonlance is the official Dungeons & Dragons world that me and my gaming group know the most. And it’s not because we’ve played D&D on Krynn before, but because of the books, we’re fans of the novel series. I personally thought at first that the Dragonlance D&D books were based on the novels and not the other way around.

When I was young, Dragonlance books were sold in regular bookstores in my city. On the other hand, you couldn’t find Dungeons & Dragons books anywhere, not even in the few hobby shops that there were back then. Perhaps that explains the importance that the Dragonlance world had for us. Everything we understood about fantasy back then was heavily influenced by Dragonlance. And particularly for me, who grew up a sports fan and didn’t read fantasy until I was introduced to Dragolance and Dungeons and Dragons in high school.

That’s why it’s also my excitement that Dragonlance is finally coming to 5th edition. I wonder if the rest of the D&D community sees it as as big of a deal as I do.

The main illustration of the post is property of Wizards of the Coast. 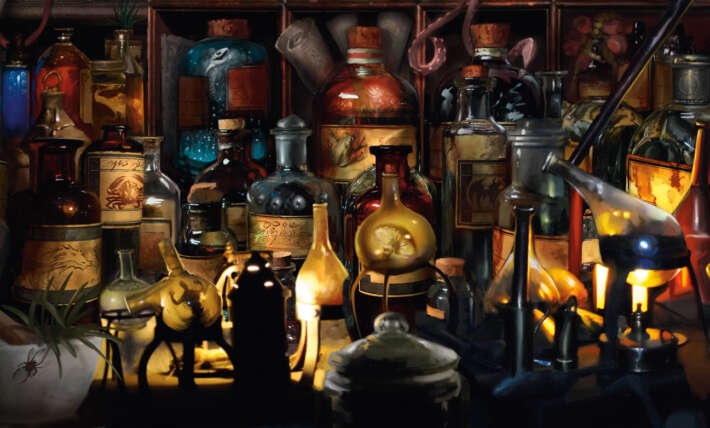 “Ever since we were young and started getting access to different campaign settings, we never played a particular world the way it was written in the books.”

This is how I always run a store bought game module or campaign setting.
There are way to many players that start your game and by the next session they know everything about the campaign world, and start trying to correct me as the GM, on any difference I do. Worse, if you run an store bought adventure, they know where everything is, what kills every monster and seem to avoid every trap… No Fun….

In general, i really don think the same way as the authors anyway, and always “tweak” games. It keeps it fresh and fun for the players.

I agree 100%, that’s why I can’t run monsters from the basic Monster Manual.

Oh, maybe I should have added the link to the UA in the post, I didn’t think about it.
This article was written back in march and just recently posted to this site. There’s now even a revisited version, you can download it from the official website.
https://dnd.wizards.com/unearthed-arcana/heroes-krynn-revisited