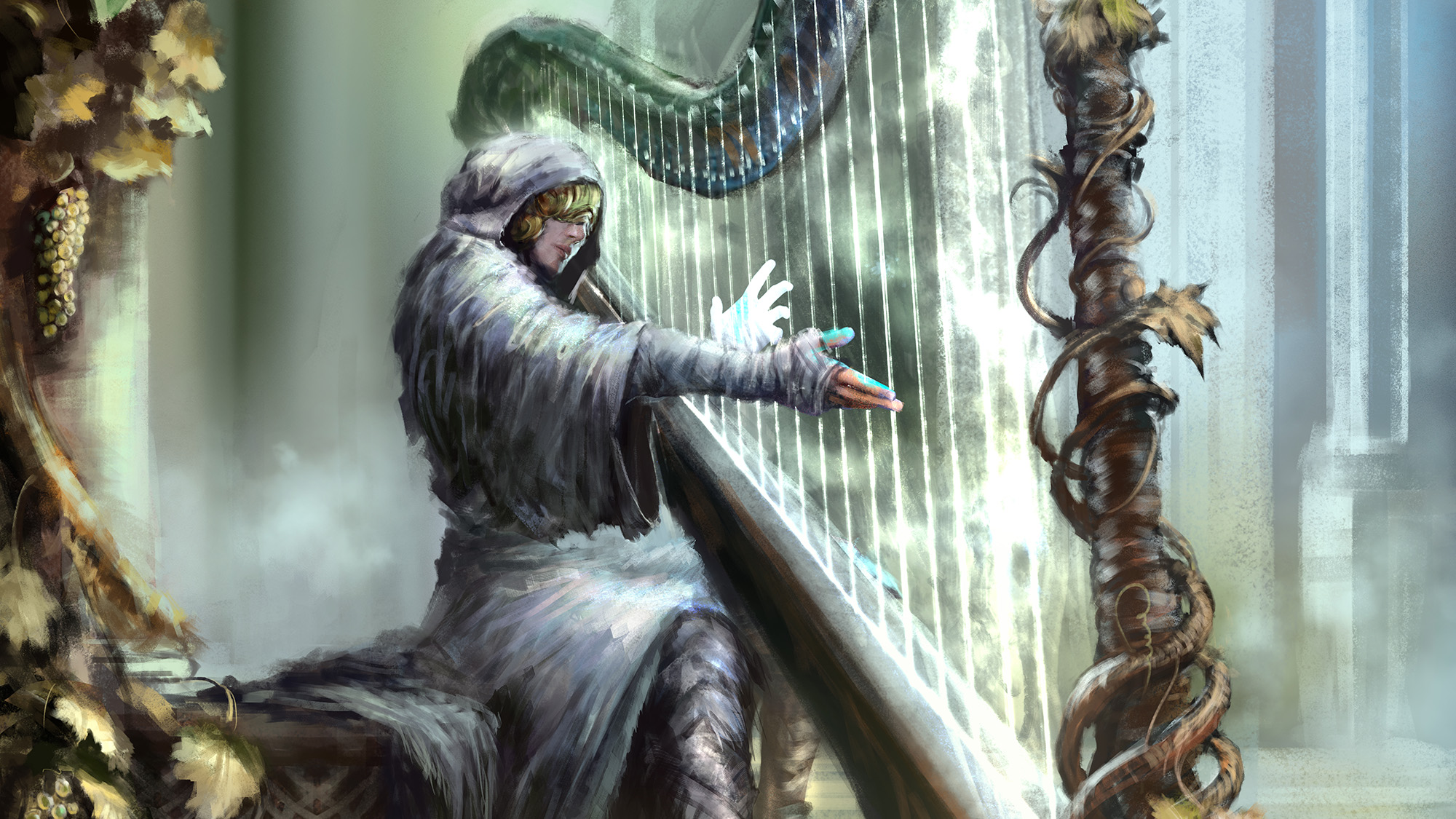 Prelude to the bard’s song

We all have different things we want out of our D&D games. While some look for a more tactics-based experience using creativity to find optimal choices, others want to weave interesting stories and watch their characters grow as they advance through a shared, improvised plotline. I’d like to clarify: None of these styles of playing are superior, nor are they incompatible with one another. What we can say about both, however, is that they can bring us incredibly memorable experiences. In this article, we’ll be talking about how to incorporate narrative elements into your game, for those DMs who want to take the role of a Shakespeare watching the characters in their play getting out of control… Or the one of a Puck creating mischief and letting drama ensue.

IMPORTANT: Remember that this type of game is not for everyone; narrative games aren’t everyone’s cup of tea, and that is okay. Don’t run something you don’t want to run, but don’t force other people to play what they don’t want to play.

If you plan to run a narrative game, the players in it must engage with the characters and be not only comfortable, but desiring to roleplay them and to act out their actions. This is something people who enjoy narrative activities tend to like, and thus, the best kind of player for this is the one looking to be part of a narrative experience. If your players don’t empathize and care for their characters, a narrative game simply won’t work; we care about fictional plotlines because we care about the people in them. Having a narrative game isn’t something the DM can make work by themselves; it requires a degree of complicity from a group of players who want to see their shared story unfold.

All the world’s a stage: Create conflicts around the characters’ backgrounds.

When you’re in the process of preparing your campaign, you should not come up with a defined, railroad plotline. Rather, you and the players should create the characters first, and then you should construct an interesting set of locations and conflicts based on the PCs and their backgrounds. Therefore, the players need to come up with compelling characters with a lot of background stuff that you as the DM can use. A player is more likely to care about an NPC they created and named in their characters’ background, who has an actual relationship to the character, than a random NPC. Same goes for the conflicts that the player established in their background: Is this character a war veteran with a hatred for the general who killed his friends? Use that general! Throw it against the PC in a dramatic moment! Squeeze as much juice as you can from a character backstory.

This doesn’t mean that your whole campaign should spring up from what the players already wrote down in their sheets, but it DOES mean that the core conflict or theme of the campaign should be directly tied to what the characters (And the players) care about. Tying all of the PC’s conflict into one story is a daunting task, which is why the players should make sure their PCs have similar goals, or at least goals that’ll force them to work together.

What is past is prologue: Creating compelling characters

This is probably the hardest part of the whole process. Creating a compelling character is always difficult. However, some of the guidelines are the following:

Conflict is what will drive your story, specially in a game which is fundamentally about killing things. Remember that characters not only face external conflict, I.E. monsters, fights, or traps. PCs should face interpersonal conflict too, that is, having their interests, worldviews, or methods collide with other PCs or NPCs. Another type of conflict is internal conflict, which occurs inside the characters’ minds, and that can often drive action. For example, a paladin hating herself for not being brave enough (internal conflict) might go and face a dangerous foe in combat (External conflict), something she wouldn’t otherwise have done. Make sure to give your players scenes based around all types of conflict for making the characters deeper and watching them grow and change. Conflict can spark from many places, including backgrounds and relationships with other characters.

Something you can always do is give the players scenes that don’t necessarily advance the plot or are based on an external conflict, but rather, are meant for character interaction and exploration.
Another cool thing you can use are scenes that are narrated from different points of view, specially from an NPC’s. Giving a player control of a known NPC watching some horror about to strike and then cut the scene is perfect for raising expectations. This can also be used for highlighting aspects of the world that the PCs will never know of, but the players will, such as a tavern owner arriving to his carbonized establishment when the party is already ten miles away.
Also, remember that scenes are the best way to make sure the pacing of your game is going at an adequate rhythm. Scenes without much happening in them will make the game go slower, while scenes where action is taking place will make it go faster. Aim for balance.
Last but not least, you can also use scenes centered around a single PC, usually for an introduction. This could even turn into one-on-one games!

Your adventures should never be planned with a set ending on mind. The players should always have the possibility to change things around. For this, the best recommendation we can give you is that you come up with scenarios and NPCs with goals.
The next step is to develop what those NPCs, particularly the villains, will accomplish if they’re not stopped. What will happen in a week, a month, or a year in game time if the adventurers don’t interfere. The clues they’ll leave behind, and so on.
This implies that you’ll never plan what any of the PCs will do, although as we’ve said, the main conflict of the campaign should interfere with the PCs, so you know that they will DO something about it.
This requires a good deal of work because you never know what the players might do. But once you have a developed environment for the action to happen and the plans and actions of the NPCs, you’ll have an easy time adapting to anything your players might throw at you. In other words, be a sandbox.
If you want to learn more about non-linear design, you might want to check out Graeme Davis’ works, such as A rough night at the three feathers. The same principles can be applied to long-running campaigns.

There is much more to say about having a narrative game, but this crash course should give you a decent first step.

Thank you very much for reading! Stay tuned for more content coming from the ND Hobbies team. 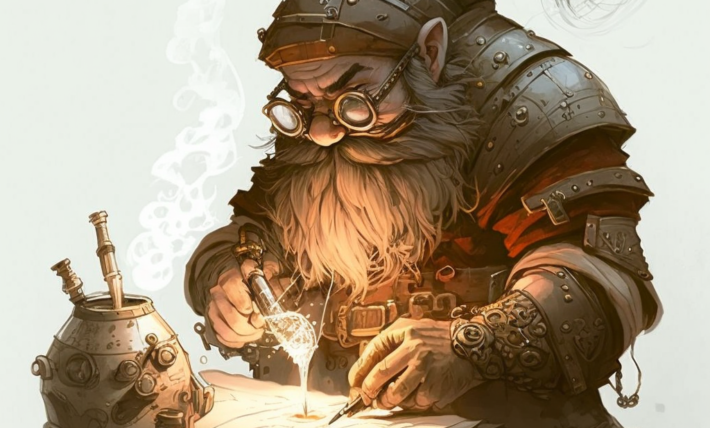 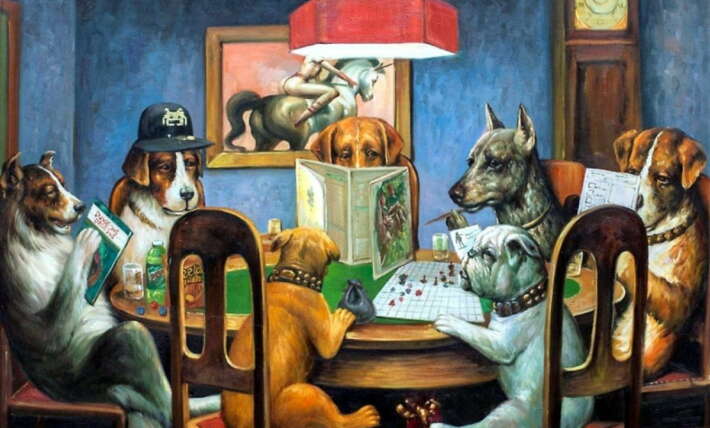